All our faculty members are professional musicians and/or trained Suzuki Educators. 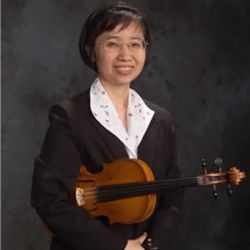 Wan Tsai Chen has been passionately teaching Suzuki violin and viola with the Suzuki method for over 30 years and Suzuki early childhood education (SECE) for over 19. Wan Tsai was a faculty member of the Department of Music at Fu-Jen Catholic University, Taipei American School and Taipei Hwa Kang Arts School in Taiwan. She is currently the artistic director for the Suzuki Talent Education Society (STES) in Calgary, Alberta a position she has held since 2001.

Wan Tsai continuously strives to develop and promote the Suzuki ECE program for infants, toddlers, preschoolers and their parents at STES. She applies Reggio early childhood education concepts and Edwin E. Gordon’s Music Learning Theory into her teaching in both strings and early childhood classes. In addition to having been a presenter at several Suzuki Association of the Americas (SAA) conferences over the years, Wan Tsai was on the SAA conference team in 2004/2012 and served as SECE coordinator for the 2006/2014 SAA Conferences. Wan Tsai has been a clinician for National and International teacher workshops and Institutes. She has given numerous Suzuki ECE workshops for various universities in Taiwan and has made presentations in Japan for teachers, parents and children. Wan Tsai was on the SECE faculty for the 16th Suzuki Method World Convention in Matsumoto, Japan, in 2013.

Wan Tsai’s dedication and commitment to spreading the beauty and importance of the Suzuki Method continues. With full support of the Suzuki community in Calgary, she produced the video Suzuki Project Zero in 2013 and three Suzuki ECE videos in 2014: Shaping Character from the Start, From the First Heartbeat and Suzuki ECE-The Pillars of the Instrumental Journey.

Wan Tsai received her B.A. in Music Performance from the Chinese Culture University and her M.A. in Curriculum and Teaching from Michigan State University. She is a registered Suzuki violin, viola, ECE teacher with the SAA and became a SAA registered SECE Teacher Trainer in 2015. Wan Tsai is honored to be one of the founding members of the SAA and Latin America (Mexico) SECE committee and also, since August 2015, serves on the Board of Directors of the SAA. 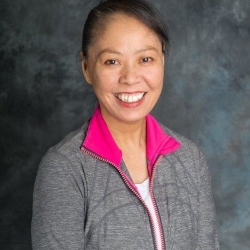 Lisa was inspired to become an Early Childhood Music teacher because she is a great believer in the Suzuki method. Her son was in the baby classes and continued on with the violin and piano program. Having been in the program for many years, he has not only developed music ability at a very young age, he has learned much self discipline and patience.
One of her favorite quotes is “Where love is deep, much can be accomplished” by Shinichi Suzuki. Lisa would like to help the program continue to thrive in Calgary. She enjoys working with the parents and their children. and being a part of the Suzuki team at STES. 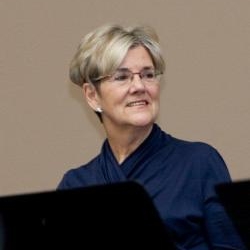 Pat Huck currently enjoys teaching Piano and Early Childhood Education at the Suzuki Talent Education Society. She studied piano at the Regina Conservatory of Music with Francis England and Thomas Manshardt and voice with Dan Cameron and Ben van der Gught. While studying in the Bachelor of Music program, she taught piano at the University of Regina. She enjoyed the demands of accompanying other musicians as well as directing a church choir for many years. Pat maintained a thriving studio in Regina for over 25 years, teaching and promoting the Suzuki experience throughout Saskatchewan. Her love of the Early Childhood program brought her to Calgary AB. where she continued teaching piano in the Suzuki program at Mount Royal University and Early Childhood at STES. She continues her many years of teacher training at workshops and institutes throughout North America and recently, Australia. Her teachers have included Dorothy Jones, Elaine Worley, Haruko Kataoka, Peggy Swingle and more recently, Fay Adams. Pat is credited with a wealth of parenting skills earned as a mother of four and a grandmother of thirteen. She is a keen observer of family dynamics and enjoys working with parents helping them hone their parenting skills. 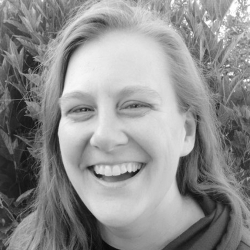 “Play the accordion”, he said. “It’ll sound great”, he said. Although this conversation happened two decades ago, it was the beginning of a lifetime of Musical Adventures! Having grown up playing classical piano, and flute in band, Josanna now teaches several instruments, and has played in a band with her husband, Peter (of said accordion conversation), for many years. In the process, she’s learned to play upwards of 20 instruments and intends to continue learning more. Josanna is one of the ECE teachers at STES, and though her background is with Conservatory Canada, she is looking forward to continuing her education in the Suzuki method. As a mother of 3, life is quite busy, but whenever there’s a quiet moment, she can be found in a corner, enjoying the fine pairing of a good book with dark, fair-trade chocolate. : ) 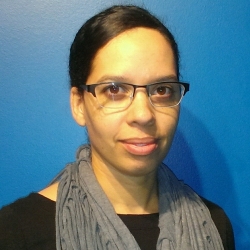 Alethia Lewars has been a private music and theory instructor in Calgary for over 15 years. She has performed in a variety of ensembles on piano and flute and has many years of experience as a church music director, leading the musicians, choir and concert band.

Alethia strongly believes that every child has ability and considers it a privilege to participate in the growth of this ability as a Suzuki parent and teacher. Alethia is a registered piano teacher with the Suzuki Association of the Americas. 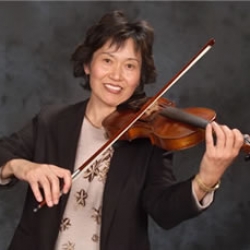 Soon Young Sohn received her Bachelor’s degree in Music Education from Se-jong University in South Korea, where she was a private music teacher for ten years. She received additional training at the Gottingen Music Conservatory in Germany, where she taught in a Korean-language music school. Soon Young joined the Suzuki Society’s faculty in 2003 and is teaching both private and group lessons to violin students. Soon Young is a registered teacher with the Suzuki Association of the Americas. 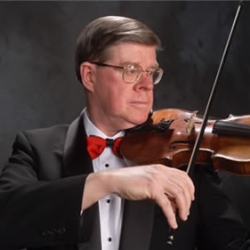 Terrence McCarthy first joined STES as a teacher in 1974. He holds both a Bachelor’s and a Master’s degree in Music Education from the University of Calgary. From 1973 to 1976, he taught violin with the Society. In 1975, Terry began a twenty-five year career as a teacher of strings, band, social studies and language arts with the Calgary Board of Education. He is a past president of the Alberta String Association and is a founding member of the Orchestra Society of Calgary. He has played violin in the Calgary Civic Symphony and the University of Calgary Orchestra. Terry is a registered teacher with the Suzuki Association of the Americas and recently became a member of the Prairie Mountain Fiddlers. He often leads the Prairie Mountain Fiddlers in concerts around Calgary. 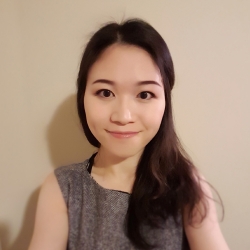 Jayla grew up surrounded in an artistic and musical family environment in main land China. Jayla started to draw when she was little and started to play violin when she was a young teenager. She joined the orchestra of her junior high school and was a member of the string section as a violinist. Auspiciously, the orchestra was invited by the John W. North High School, Riverside, CA to perform oversea during the summer of 2001. The experience was fabulous.

In 2003 Jayla went to Regina, SK for senior high as an international student and graduated with distinction and the Principle‘s Award for Excellency. Afterwards, she moved to Calgary, AB in 2005 and accomplished her Bachelor of B.Comms degree in the University of Calgary in 2009 with multiple scholarships and bursaries. Her career focus then was fixated in the oil and gas industry until early 2015, when her second child was born.

In 2015 spring as Jayla sent her eldest child to the preschool in the First Lutheran Church, the poster of the Suzuki Talent Education Society in the lobby caught her attention. Thereafter, she felt an eagerness to explore the Suzuki Early Childhood Education methodology. The spirit of “beautiful soul, beautiful tone” strongly impressed her. In 2016 Jayla had both of her sons enrolled to the Early Childhood Education program. Gradually she and her husband both witnessed the graceful change in their children. Meanwhile, the organization invited her to design posters for concerts, recitals and events. With the recognition of Jayla’s artworks, friends and neighbours were happening to ask her to teach their children drawing. Unexpectedly, she officially started her own art teaching class in spring this year.

Inspired by the program, Jayla decided to pick up her violin and play again. With all these amazing changes in her life, Jayla discovered she was very passionate on early childhood education. Therefore, Jayla took the Every Child Can Course and Early Childhood Education courses, instructed by Teacher Wan Tsai Chen, and look forward teaching new-borns and young kids within the STES organization. 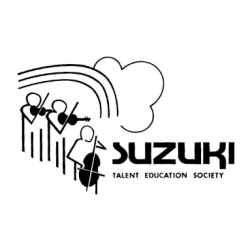 Eileen Kosasih is a Calgarian violinist (Symphony of the Kootenays), conductor (Calgary Arts Orchestra) and artist. Her diverse musical learning has developed in Calgary, Boston, Indianapolis, Philadelphia, New York City, and L.A. Eileen enjoys satisfying her food cravings at tiny dirty restaurants in Chinatown, where you’ll often find her when she’s not steeped in music or art. She has a B.A. Music (violin), M.M. Music (orchestral conducting), and piano diploma. In life and music, Eileen “employ[s] wreckless abandon with uber skill” – (Anthony, her pianist). 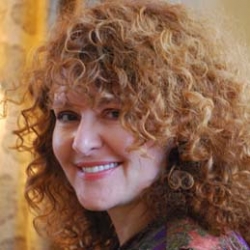 Coenie Kruger was born in Windhoek, Namibia. Her family moved to South Africa when she was young and she spent her youth in Grahamstown in the Eastern Cape Province. She attended the University of North West where she obtained a B. Mus (Hons.) degree and a Higher Education Diploma. She is married to Josef Kruger, a lawyer and they have three sons. They lived in Johannesburg where she taught music, piano and worked as an accompanist. In 1998 Coenie and her family emigrated to Canada. They now live in Calgary where she is a private piano teacher and accompanist. 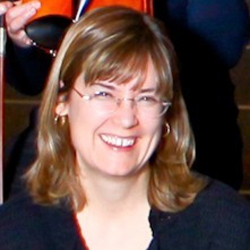 Sandra Sims has had extensive experience as a solo pianist and collaborative artist, completing her Bachelor and Master’s degrees in Piano Performance and Accompanying and Coaching at the University of Calgary and Westminster Choir College ( Princeton , New Jersey ) as well as attending summer courses in Paris , France ; Aspen , Colorado and Courtenay , BC . She has worked as a pianist in Toronto for the Canadian Opera Company, York University , the Toronto Welsh Male Voice Choir, and the Hart House Singers and in Calgary for Rocky Mountain College , the Suzuki Talent Education Society, Cantare Children’s Choir, and the Academy at Mount Royal College. Most recently, Sandra completed her Bachelor of Education Degree at the University of Calgary and worked for 4 years as a teacher for the Calgary Board of Education.